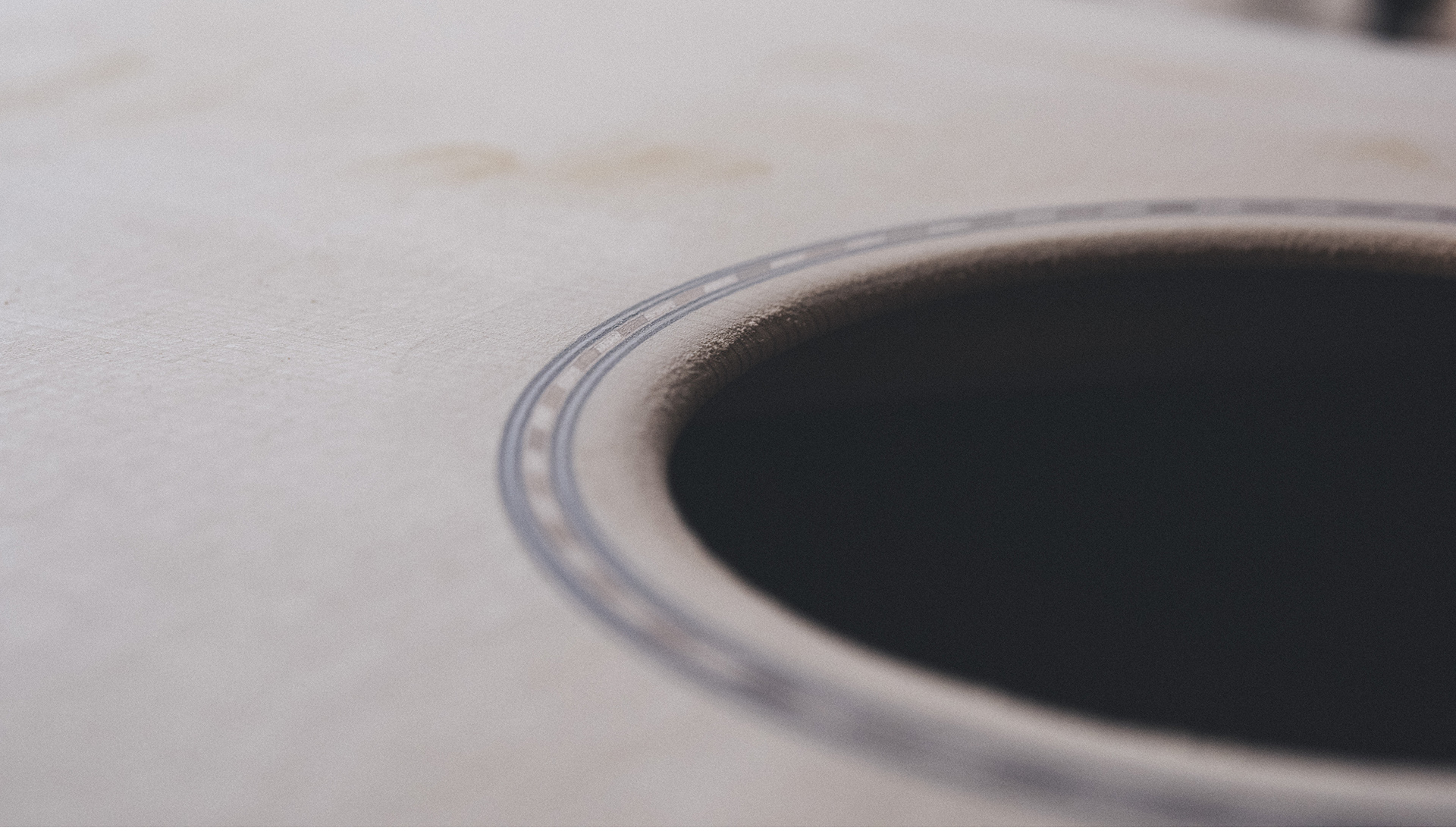 The Story, the whole Story and nothing but.. 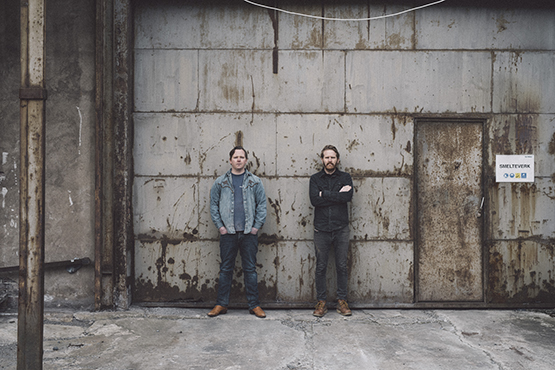 The story of Strand Guitars is the story of Odd Blikra Egeland and Ørjan Bråtveit Berge, who met in year four of primary school in Jørpeland. Eventually they would share an interest in music.

Like so many other boys of their age, as teenagers they started to play in bands and immerse themselves in the world of guitars. They would single-mindedly do everything from copying Clapton-riffs, to poring over guitar catalogues and all the nerdy info about models and specifications. Even they claim that their education as instrument makers began almost by accident. Having finished his military service, Odd came across an ad for the Norwegian Academy of Instrument Making in Østfold, and thought that this might be something for him to try, without really knowing what to use it for. Ørjan was considering becoming a boat builder, but found Odd’s idea interesting. Not least when he read that you would get to build a Telecaster. They both applied and were given places, starting in the autumn of 2001. 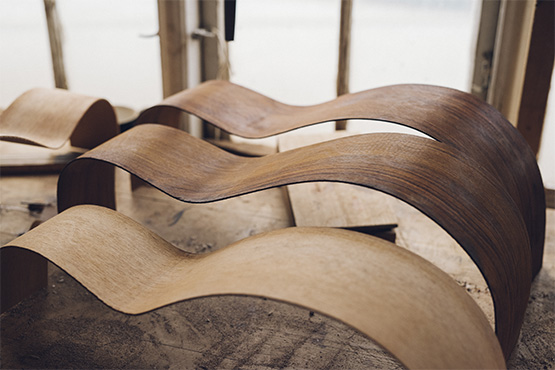 The first year involved basic training in the construction of everything from brass instruments, to pianos, violins and woodwind instruments. Over the next few years you had to specialise, and everyone wanted to do guitars. For Odd and Ørjan, there was never any talk of doing anything other than guitar making.

It was soon obvious that they had talent, spending their evenings in the workshop and reading up, then excelling to such an extent that there was never any doubt that they should have specialised in guitars. The teaching followed the German curriculum. Teachers from Markneukirchen in Germany came to Moss for a few months, and taught the craft of classical guitar making. From these teachers, Odd and Ørjan gained insight and experience of an extremely precise and time-consuming traditional craft that has been important to them ever since. When the Germans went home, the legendary guitar guru Øivin Fjeld took over. He was the driving force behind the school, the main teacher on the guitar course, and designer of the so called Giss guitar, which Odd and Ørjan had to build in their first year. From him they learned all about the theoretical and practical aspects of guitar making, in particular with regard to electric guitars, as well as servicing and repairs. 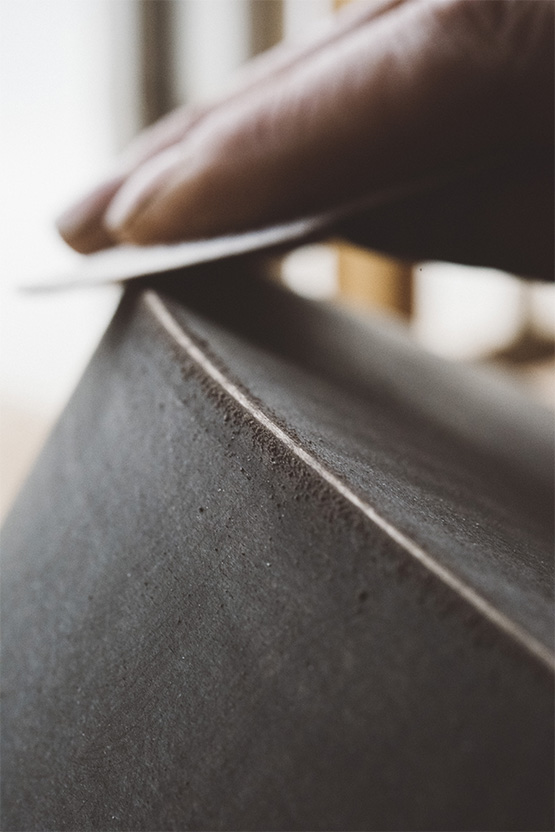 Before Odd and Ørjan could start the final year of the school, it was sadly closed down. But Øyvind Fjeld knew the industry inside and out and had many contacts. One night Daniel Roberts called Odd and asked if he and Ørjan would like come to the USA. Dan was the production manager at Santa Cruz Guitars, and had worked for many years at the factory in California, but had now moved to the middle of nowhere.

Odd travels first. Late in the evening, he arrives at Dan’s backwoods home just outside of Townsend in Montana. Odd is given a caravan, and after a tour the following morning, it soon becomes clear that he will be spending the next few months in Dan’s double garage. The garage is full of guitar cases with pending warranty repairs for the Santa Cruz factory. Odd starts straightaway, and is given expensive and complicated neck-set repairs to do, something that is rarely done in Norway. He repairs paint damage, as well as bridges and frets that have come loose, and all on guitars that are worth up to NOK 100,000. In the evenings, Odd gets to build his own guitars, with Dan as his mentor and master. Not bad for a modest guy from southwest Norway. Eventually Ørjan joins him, and together they spend a week at the Santa Cruz factory in California. They also visit the Gibson factory and are shown around and entertained with anecdotes from Ron Ferguson, one of the most famous Gibson makers. The Gibson guitars are now made on an automated production line and do not involve the hand craftsmanship that Odd and Ørjan had just experienced at Santa Cruz. It was maybe not so strange that Ferguson seemed a touch embarrassed by what he showed them. Their visit changed everything about how they looked at guitar making. Through the German guitar makers, they had gained immense respect for the craft, and thought that they had to spend a year building one guitar. The factory visits opened their eyes to how to streamline and build volume without compromising quality. From Daniel Roberts they learned the most important elements of guitar making that they had to concentrate on. He taught them the art of constraint. When you are new to the profession you want to try a thousand different things, and in the end you risk not quite knowing what you are doing. Dan taught us to instead, create a fixed layout, make a model, and fine-tune the details. Make small changes and learn what they do to the sound. 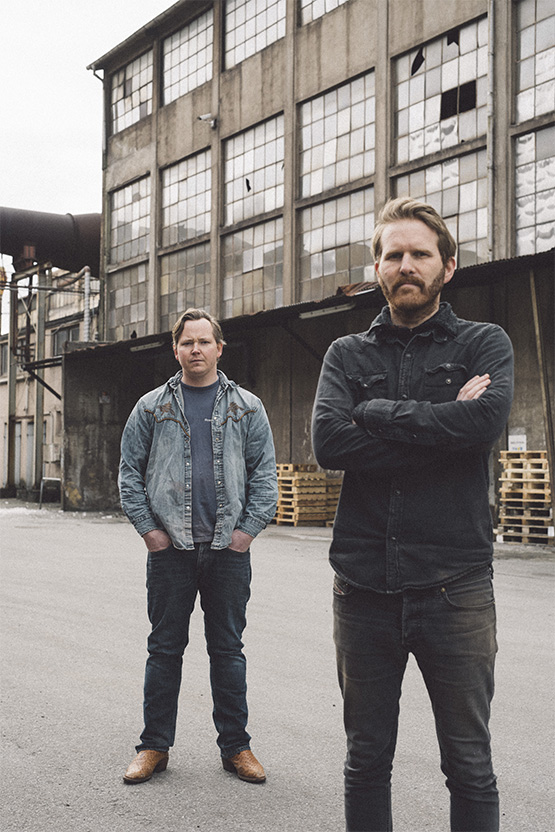 From steel mill to steel strings

After the stay in the USA, the dream was clear. Odd and Ørjan would build guitars like Santa Cruz. In Norway. Better crafted than Martin and Gibson. If they were to believe that this was possible, they needed to have faith in their abilities.

The old steel mill in Jørpeland could have been a scene in a tough crime drama. This is where in 2005, a few months after returning from the USA, that Odd and Ørjan got started. In a timber loft that was once used as a carpentry workshop for the steel mill, the workbenches were already there. All they needed to do was buy in parts, materials and make a start. With a little from a start-up course and Innovation Norway, the rest is Norwegian guitar history. Of the first two prototypes they built, the Norwegian guitar museum has secured one. There is little in the workshop reminiscent of the styled shop premises and photos you see in guitar catalogues. If you have any coffee left in your cup, there is nothing wrong with pouring it out on the floor. It is good for the humidity. The fact that the pieces of wood that surround you can be transformed into the finished masterpieces seen in the store, are nothing less than a mystery to the uninitiated. In this way the guitars from Strand have been awarded a mark of quality, which means that customers call and place orders without having first tried the guitars. However, the biggest markets for Strand Guitars are hobby guitarists and semi-pros, and on the phone to Strand they can order guitars according to their own specifications. And thus far there have been no limitations to what assignments Strand has been able to undertake. Many people value the relationship that arises when they closely follow the build process. There are customers who have bought four or five guitars from Strand. The relationship with the customers and the reputation among guitarists is of course important, but this would never have arisen if the quality of the guitars had not been very good. This quality is due to a craft tradition that fewer and fewer people are keeping alive. There probably is a guitar God in guitar Heaven, thanking Strand Guitars. 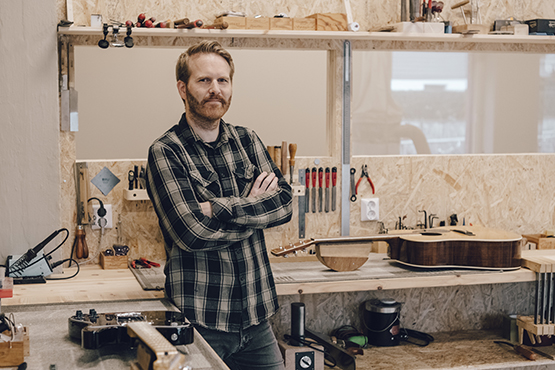 Soon to be continued..